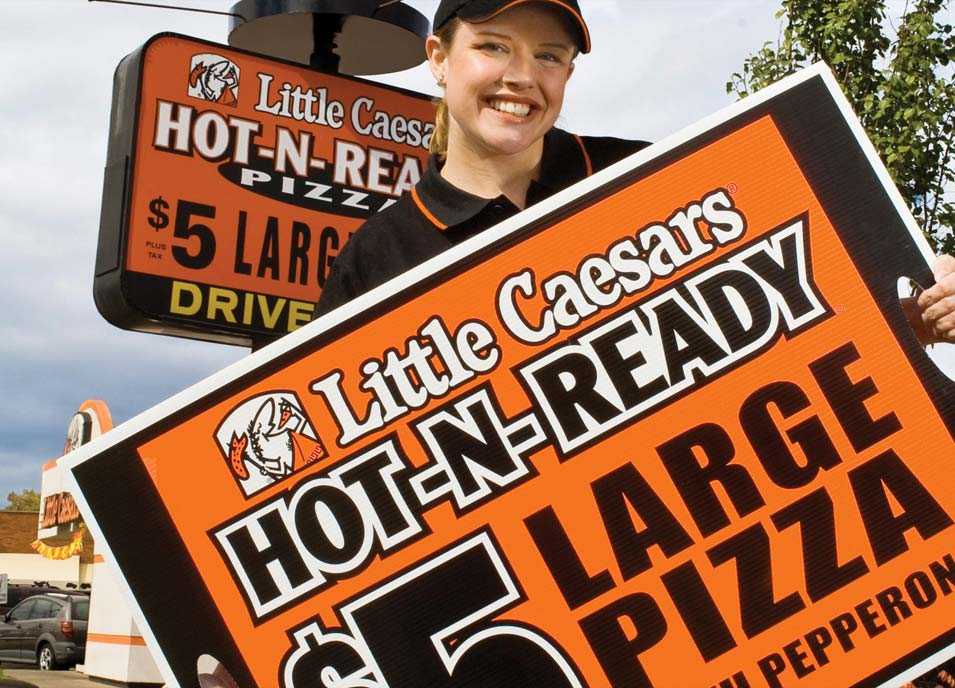 A man in Knoxville, Tennessee is in custody after holding up a Little Ceaser’s pizzeria after being told that he’d have to wait a few minutes to have his order fulfilled.

WVLT is reporting that Charles Doty Jr., 53, became irate when he went into a Little Caesars and placed an order for a pepperoni pizza pie only to be told it would take 10 minutes to make. Furious that the pizzeria wasn’t living up to it’s “Hot and Ready” slogan that it’s become known for, Doty Jr. demanded that he get a free bread stick order before walking outside of the establishment. When he returned to the business he had a AK-47 in hand and pointed it at employees demanding his pizza be ready ASAP. It got to the point where a woman who had already gotten her order offered Doty Jr. her own pizza, but it was already too late.

Little Caesars employee, Kimberleigh Murrell recalled the incident saying, “He comes walking back in and hasn’t pointed at anybody yet. I was taking care of a female customer and she was just getting ready to leave, then he gets the gun. He pointed at me saying where is my d— pizza I want my pizza,” said Murrell, “Honestly fear and utter disbelief like I was shocked it was over a six dollar pizza.”

Charles Doty Jr. was eventually apprehended by authorities and charged with aggravated assault and especially aggravated kidnapping. Y’all know he hopes he gets that judge that oversaw the Kyle Rittenhouse trial. Just sayin.’