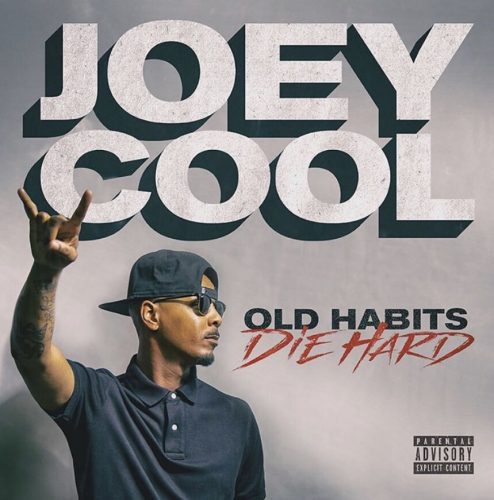 Joey Cool is a 33 year old rapper from Kansas City, Missouri that first gained attention as a long-time affiliate of local independent hip hop powerhouse Strange Music, releasing a total of 4 mixtapes & a studio album on his own before Tech N9ne decided to officially sign him to the Snake & Bat just about 2 years ago. He made his official Strange debut last May with his self-titled sophomore effort & as we approach the last quarter of this decade is coming around the corner, he’s back with his 3rd full-length album.

It all kicks off with “King Coolie”, which talks about his newfound success where some luxurious keyboards from Burna Music. The next song “Turn It Down” flexes over a dark beat from Leonard DStroy while the track “Pieces of Me” talks about being broken over a gloomy beat from Seven. The title track talks about maturity over a downtempo electro beat while the song “I Got Dat” talks about the things he has over an atmospheric beat.

The track “‘Til Further Notice” with Krizz Kaliko sees the 2 claiming their spots to the throne over a grimy trap beat while the song “C.w.d.B. (Coolie wit da Bitches)” speaks for itself over a banger beat. After the “Put the Swank On It” interlude, the track “Come On” is a rowdy club banger while the song “Stop That” with King Iso sees the 2 going at studio gangsters over some twinkling bells & heavy bass.

The track “Decisions, Decisions” gets self-explanatory lyrically over a psychedelic beat from Kato while the song “Remedial” with JL finds the 2 claiming themselves to be just that over a gritty instrumental. The track “Speak on It” with Emilio Rojas sees the 2 telling their naysayers to talk smack to their faces over a moody trap beat from Suli4Q while the song “Bye Now” is basically Joey saying he ain’t got tolerance for foolishness over a keyboard instrumental from Info Gates.

The track “I Can’t Remember” with UBI sees the 2 talking to this chick they thought they saw at the club the night before over a woozy instrumental while the song “Above Average” with Maez301 sees the 2 getting lavish over a blissful beat. The track “Throw It” with Godemis finds the 2 tossing dollars & getting laid over an abrasive beat while the song “Head Case” with Stevie Stone sees the 2 wanting all the smoke over a somber beat with some rubbery bass.

The track “You Ain’t Know” talks about being in the middle of the map over a cavernous beat while the song “Bet It All” with Tech N9ne, JL & Zoo gets celebratory over a hyphy beat. The album then finishes with “Violent Contradictions”, where Joey pours his heart out over some low ranged piano chords.

Personally, this is tied with the self-titled album as Joey’s best work yet. In contrast the previous album being a proper introduction to a wider audience, he comes off as more mature this time around & I really welcome & respect that of him.