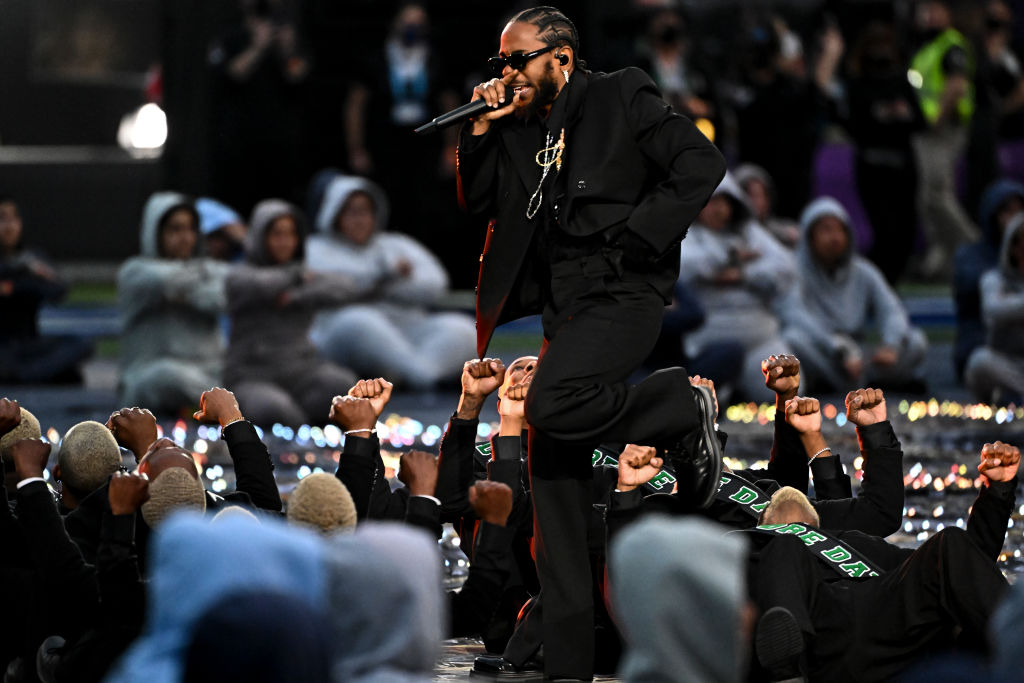 Kendrick Lamar shook up the world last week with the surprise release of the single “The Heart Part 5” and its soul-stirring accompanying video. Now that his fifth album Mr. Morale & The Big Steppers is finally out in the world, folks on Twitter are chiming in with a number of varied thoughts on the project.

Mr. Morale & The Big Steppers is a double album and will be the last Kendrick Lamar album released under the Top Dawg Entertainment label. Like other previous works from K-Dot, the album leans into a concept of duality, trauma, addiction, relationship woes, and the like all through the lens of Black America.

The album doesn’t have the benefit of a big single to propel it to casual listeners; this is an album for true Kendrick Lamar fans who know how to at least attempt to absorb the themes within. Many of the subjects are difficult to fathom. Sexual identity. Gender politics. Mental health. Abuse in all forms. What portions are autobiographical and others that are played up isn’t easy to determine so this album begs repeat listening sessions.

Considering Kodak’s legal troubles, including a sexual assault case where he entered into a plea deal in April 2021, looms heavily across the album and some believe that his inclusion on the album was intentional.

On Twitter, the reaction to Mr. Morale & The Big Steppers is moving at a rapid clip. We’ve got those tweets listed out below.

Find the album at your preferred DSPs via Kendrick Lamar’s tweet directly under this sentence.

Kendrick album make you really look in the mirror and question yourself. Classic Album

This Kendrick album makes me want to resurrect my genius account and argue with strangers online over lyrics I didn't write. I'm in love.

This is an album I’ll have no problem sitting with for the next decade. It’s curated to have longevity, like albums used to be. This is special. This is Kendrick giving us his genius. It’s a movie in music. The best I’ve heard in forever. Nothing else to say. Only an ovation.

“Stop playin wit me fo’ i turn you into a song”

10th run back for big steppers

this is truly real art ! It inspires me to continue to be who I am and break all rules of the npc artist universe

Prepping myself for the annoyance 5000000 think pieces of Kendrick’s record and how much joy i get from the the fact he’s not gonna comment on or about any of them bc he said everything he felt God neeeded to say.

I guess that Black Hippy ship has sailed.

Kendrick Lamar- “We Cry Together” Produced by The Alchemist https://t.co/MVjS4KOmYl

I'm glad Kodak is all over the new Kendrick because there's a talented tenth mentality a lot of hip-hop critics have regarding the artform that needs to be pulled down.

Billy Woods still...But Kendrick record may be one of THOSE records..it requires more listens. Got to love this hip Hop... Still giving hope....Kenny definitely press the gas with this joint

I avoided the TL, and finished my first listen of the Kendrick album

This was A LOT to take in

I’d say that my first impression was that there were a lot of risks taken, and had a handful of songs that did not resonate with me

But the highs were entrancing, and very unique

Have listened to the Kendrick album 5 times. I love it.

There's nothing noble, complex, or nuanced about Kendrick Lamar giving Kodak Black another check, platform, and audience at a time when he continues to be embroiled in so much controversy.

Dude took a plea deal after being accused of raping a girl when she was in high school.

people with 40 second attention span are the absolute worst hahahaha

Honestly, if you're called the new Kendrick album 'mid', you're a fucking idiot.

This album is easily one of my favorite joints I’ve ever heard.

Aside from the music ,Kendrick is a God tier writer,he picks apart subjects we as a people shy away from due to fear of rejection.

I’ll be reporting anyone who says this project is bad