HHW Gaming: ‘NBA 2K22’ Will Allow Players To Record Music In The Game Through A Beats Pack 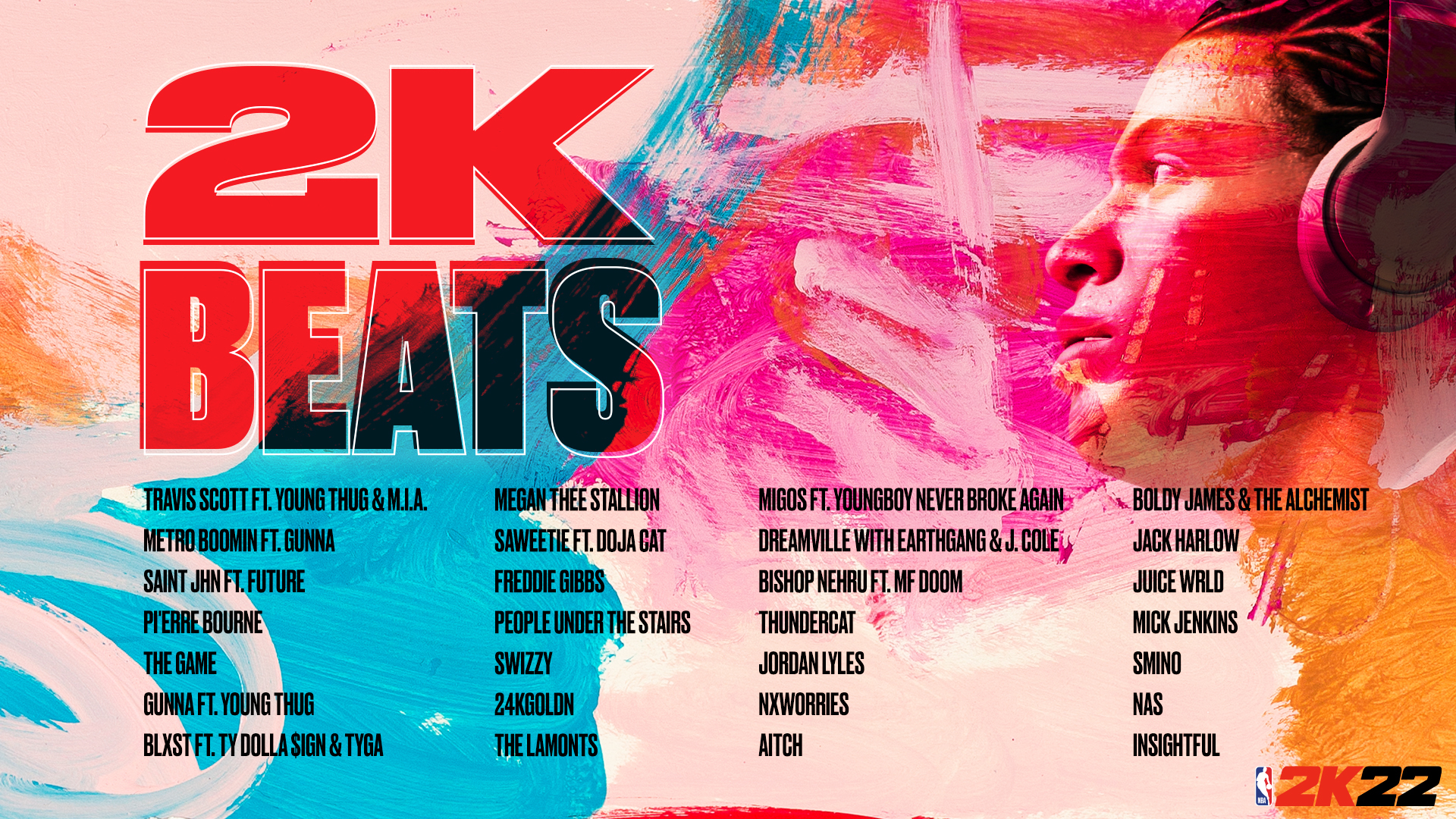 Next to the player ratings and actual gameplay footage, the soundtrack you will be vibing to while you browse the game’s menus and enjoy while warming up during MyCareer and timeouts in NBA 2K is equally important.

NBA 2K22 will introduce “First Fridays,” a new feature that will allow players to discover new music throughout the year. 2K says it will be adding new songs to the game’s soundtrack on the first Friday of every new Season. According to the game studio, you can expect new tunes from a mix of high-profile and up-and-coming artists to support music discovery and growth within NBA 2K22. 2K says it will provide more information on this feature sometime later this month.

“We’ve built NBA 2K to be one of the gold standards for video game soundtracks,” said David Kelley, Senior Manager, Partnerships & Licensing at 2K via a press release. “This year, the opportunity to evolve the experience for players by creating moments where we can debut and share incredible new music is another step toward how we are bringing together the real-world of basketball culture with our game through music, not only through well-known artists but also providing our players an opportunity to get in the game and showcase their own talents.”

Also, new to NBA 2K22 is are brand new ways for aspiring artists, and yes, even you Soundcloud rappers to be a part of the NBA 2K22 soundtrack. There will also be an all-new Producer Series that will, for the first time, introduce a Beats Pack into the game allowing for NBA 2K’s community of players to record their best verses over the beats and showcase their talent. This pretty much confirms the rumor that NBA 2K22 will allow players to become rappers in their MyPlayer’s Career. 2K says it will expound more about that in a future update.

On top of that, 2K announced it would be showcasing artists in the first 2K Rising Artists list. Unlike previous musical curations that were curated by big names like JAY-Z and DJ Khaled, 2K will handle aux cord, this time stacking NBA 2K22’s soundtrack with top up-and-coming artists the company feels “that are poised to make a big impact in the years to come.”

Starting September 10, players will be able to enjoy all of the music on the NBA 2K22 soundtrack via the official NBA 2K22 playlist. You can get more details by heading to  2K Beats’ official site.

NBA 2K22 launches worldwide on September 10 for PlayStation 5 and PlayStation 4, Xbox Series X|S and Xbox One, Nintendo Switch, and PC platforms and is available for preorder right now.