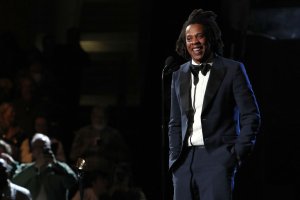 Jay-Z is a living legend with millions of records sold worldwide and became a billionaire via his various business ventures in the process. Today (Dec. 4) is the artist born Shawn Carter’s birthday, and Twitter is currently celebrating the Brooklyn legend properly.

If you’re a regular reader of Hip-Hop Wired, you’re already well aware that we support Hov around these parts so there’s no need for us to run down his impressive resume in grand detail. With 13 studio albums, multiple businesses, and the ability to still show up on features and body the track, Jay-Z doesn’t have anything else to prove as he coasts comfortably into his middle years.

Would another album from Jay-Z be welcomed by most? Most certainly. But at this juncture, if we never get another proper full-length from H to the Izzo, we’ve got plenty to fall back on. As one of the greatest living rappers today, Jay-Z’s lyrical and entrepreneurial acumen should be studied for years to come.

For now, check out the reactions from Twitter honoring Jay-Z below, and we’ve also added a collection of playlists from the biggest DSPs featuring the GOAT’s music.

favorite song from him? pic.twitter.com/MhpAzD1UwW

Happy Birthday Jay Z. I will do a Jay Z tribute set on @RockTheBells today at 6pm ET. #TheDJScratchShow

Happy Birthday to the one and only #JayZ… you never cease to amaze and entertain us Hov.. enjoy your day King!!! @SC pic.twitter.com/RYji6k08P3

What’s your favorite line of the GOAT? pic.twitter.com/9sZMevHTWs

“Rap for me is like making movies, telling stories, and getting the emotions of the songs through in just as deep a way.”

One of the best Jay-Z stories is how he finessed the writer / owner of the ‘Annie’ copyright into clearing the sample for “Hard Knock Life” — which became his first major hit.

Happy Birthday Jay-Z.
For all you inspire, Thank you. pic.twitter.com/gJPV0loMrx

December 4th is Jay-Z day. Nobody else has their birthday celebrated like that. There’s levels.

happy 52nd birthday to the

Hov joined @RealMichaelKay in 2006 to detail his journey from the New York City streets to fame & fortune.

Happy Birthday to the greatest rapper of all-time, Jay-Z!

One Hov album gotta go, what's it gonna be?