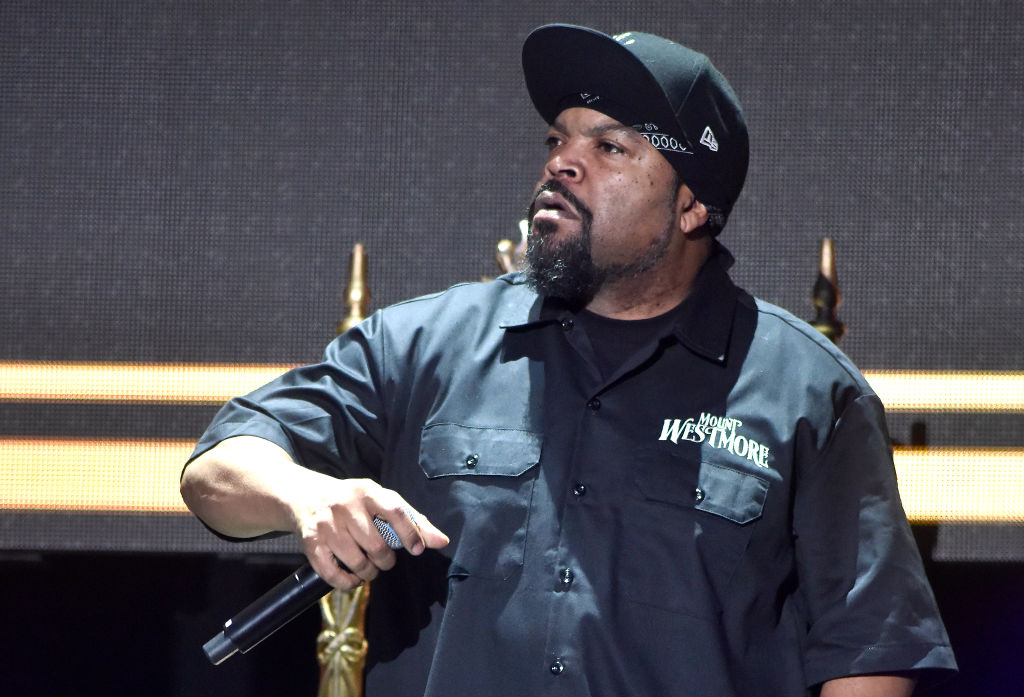 Ice Cube made headlines last year after reportedly turning down a $9 million payday for refusing to take the COVID-19 vaccine to work on a film alongside Jack Black. The legendary rapper, actor, and business owner confirmed the news in a recent media appearance.

Ice Cube was slated to appear in a Sony Picture film titled Oh Hell No with the aforementioned Jack Black. At the time of filming, COVID-19 vaccines were a requirement made for staff and actors to work on the set but

You can’t say Ice Cube isn’t a man who stands on his principles, no matter how debatable or questionable they may be. The rapper turned actor and mogul has reportedly left a Sony comedy called Oh Hell No over his refusal to take a COVID-19 vaccine. The film was a joint collaboration between Cube, real name O’Shea Jackson, and Black.

Ice Cube and the rest of his Mount Westmore (E-40 and Too Short sans Snoop Dogg) cohorts sat down with Willie The Kid and Wallo from the Million Dollaz Worth of Game podcast and the hosts asked him about the controversial moment.

To watch the full episode, check it out below. Keep scrolling to see reactions from Twitter.

Ice Cube says he turned down $9 million because he didn't want to get the covid shot.

Would you do the same?

Anyone who has had covid or has seen an elderly person struggling with covid can get fucked with their "vaccines are evil" nonsense. My father is f****** dead and I don't necessarily know if covid helped kill him but it certainly didn't help the situation. So f*** you Ice Cube.

“Fuck that jab, and fuck y’all for trying to make me get it.”

What tickles me about this story is Ice Cube is rich so forsaking a $9 million bag is nbd, whereas most of the people cheering him on are regular degular mfrs who would ABSOLUTELY get vaccinated if it meant getting $9 million, lmao. pic.twitter.com/4hhVu0awKO

Dear O'Shea Jackson/AKA: Ice Cube
Bragging about not taking a vaccine that saved lives & losing out on $9 million dollars ain't the flex you think it is. Especially since that virus ravaged our community & a black woman helped create the vaccine.

As a music journalist I interviewed Ice Cube twice. Once in NY and once at his mum's home in LA. Despite the hype surrounding him, I found him to be a well-grounded person. I am not at all surprised he turned down $9m for a film that insisted he be Covid-19 jabbed. Integrity.

Who's paying Ice Cube 9M dollars? Chile, this man is a huge disappointment. He really out here sounding mental. He can say fuck Covid vax, he's worth 160M, he has the means to take care of his family with the best Healthcare possible if they would've gotten sick but us, we don't.

Ice Cube is a fucking moron.

Who’s offering Ice Cube 9 million to be in a movie?