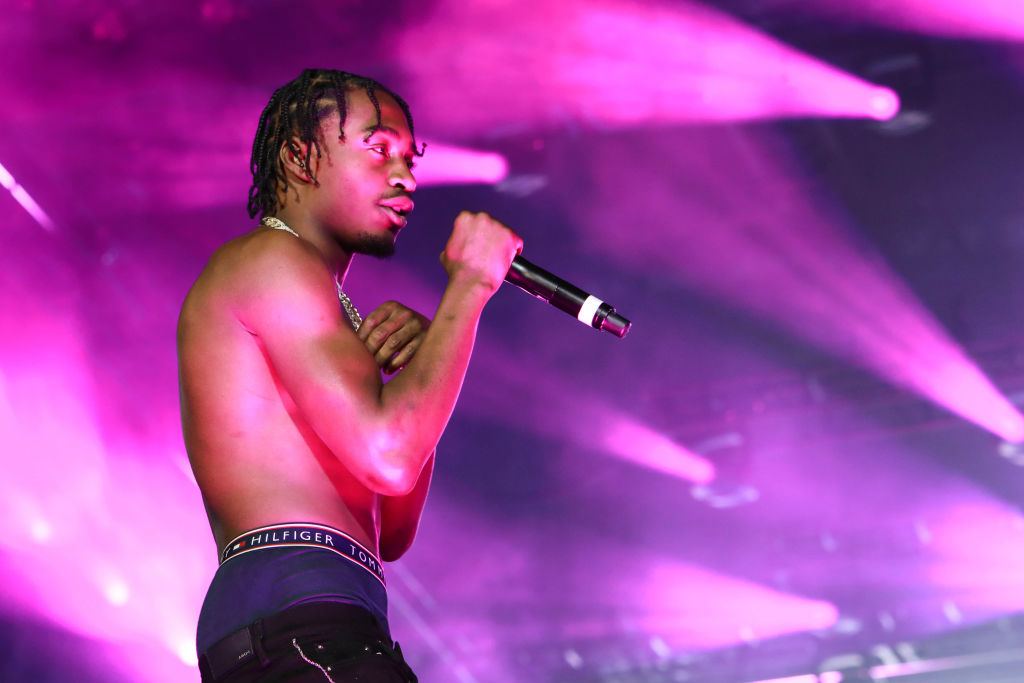 More details are emerging about the shooting of Lil Tjay, born Tione Jayden Merritt, 21, early Wednesday morning (June 22) in New Jersey. A suspect been arrested in connection with the attack, which left two people shot, including the Bronx rapper.

As previously reported, Tjay was shot in Edgewater, New Jersey, and his wounds required surgery.

NBC News reports that the shooting occurred at a Chipotle located at a “residential and outdoor shopping center” per the Bergen County Prosecutor’s Office. The Edgewater PD responded to a 911 call about 10 minutes after midnight and they found Tjay with multiple gunshot wounds.

Another victim, Antoine Boyd, 22, was found about a mile away at an Exxon gas station with a gunshot wound. Per the authorities, Boyd, Tjay and another man were the victims of an attempted robbery. A suspect has already been apprehended.

Investigators determined that suspect Mohamed Konate, 27, of New York, “attempted to commit armed robbery” against Lil Tjay, and two people he was with, Jeffrey Valdez, 24, of the Bronx, New York, and Boyd when the shooting occurred, according to the prosecutor’s office.

Detectives from the Bergen County Prosecutor’s Office and the New York City Police Department on Wednesday arrested Konate on three counts of attempted murder, three counts of armed robbery and other weapons charges, the release stated. He is pending extradition to New Jersey.

Both Boyd and Valdez were also hit with unlawful weapons possession charges.

Considering the attempted murder charge, it’s a safe bet that Konate is not getting bail. According to TMZ, Lil Tjay made it through surgery but he’s not “out of the woods” yet.