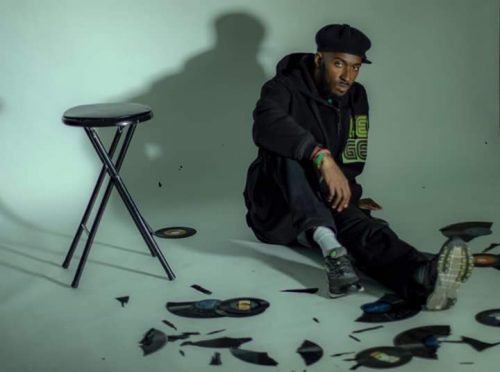 Congratulations on your latest Album release “Classical Gifted”. We checked it out and we really enjoyed the fresh new sound & perspective on new Hip Hop coming out of Buffalo, NY. What motivated you to create this style of music. And how did you come up with your producer name Cee Gee Incorporated?

I’ve crafted beats whenever what mood I’m in and what sound I’m going for. Whether is grimey, hardcore, lo fi, smooth or traditional sound, you name it and also I’ve been inspired by listening to lot of music back in the 90’s and 2000’s.

The name Cee Gee is actually stands for Columbus Green which is my real name. My family at a time calls me Cee Gee as a nickname because i was named after my late grandfather and uncle (which is my late dad’s father and brother).

How is the underground sound out in Buffalo? From what I know, there is a huge bubbling Hip Hop scene out there.

Well where I’m from, we do have a music scene out there, but sometimes it depends where it is located in the city. I didn’t jump in the music scene til mid 2014, I’ve seen where it going on before we got guys like Griselda Records and different talents made it big thru my city.

How are you dealing with this whole nationwide lockdown due to Covid-19 Corona Virus? Has this effected your music career in any way?

It has been challenging and sad that we’re dealing with this lockdown. Even It is effected my career because i was on a higher approach after my placement of Westside Gunn’s Hitler Wears Hermes 7 and fresh off releasing Classical Gifted two months between. I was gonna shoot more videos for the project, hit the road by networking with artists, attending big shows and get on stage whether I’m DJing or doing live beats. Since the pandemic starts, I’ve already crafted nearly 100 beats, sending some joints to the artists during this ugly time and staying consistent much as possible.

Who are you biggest underground influences?

You recently dropped a new album “Classical Gifted” across all streaming platforms! Please give us some background on that project!? Could you tell me the inspiration behind the project and artwork?

I’ve put this album together after i dropped my last project The Research on May 20, 2017. I was already in process to do several projects with another artists but they were either focused on other materials or dealing with personal issues, so I’ve figured It won’t hurt me to do an another album. For that one, i wanted to get a bigger approach as possible by traveling back and forth to NYC, getting steady features, picking/crafting beats for the project and putting some details for each song what i been thru or witnessed at a time. It did took me two years and a half to put this album together and it was perfect time for me to drop it in the beginning of new decade on January 27 which also it was an birthday gift for my true friend.

As far as the artwork goes, i was so heavy inspired by Charlie Brown character Schroeder, he was truly focused on the music kinda like who i am today. So when i was put my second album together, i wanna flipped my own twist to it, i reached my boy Darius Johnson up for the cooked up the art for me and it turns out to be one of my favorite artpiece.

How does social media play a role on pushing Cee Gee Incorporated.

It has been steady for me, I’ve keep on posting beats to approach artists to link up or reaching out thru DM, also i do album release dates and video game release dates (in case u didn’t know I’m a true video gamer) and basically I’m a full time networker.

What are a few different moves your making for 2020 when it comes to your music career?

Despite of the pandemic, i do got placements coming up like L-Biz, Chaotik Kojima, the rap duo DeadBeats, Madhattan, E-Jake, R&B singer Giovanna Marie and more can’t speak of at this moment. Projectwise, I’m fully produced collaboration project like Green Giant 2 with Frigid Giant, Proverbs and Video Games with Genecist, Untitled LP with Elcamino, Untitled EP with Jae Skeese and I’m currently in development of my third solo album CeeGeeOlogy which it will be dropping in 2021.

Our most popular question….What is your definition of “Underground Hip Hop”?

Where can our BLOG audience find your music and follow you on social media?