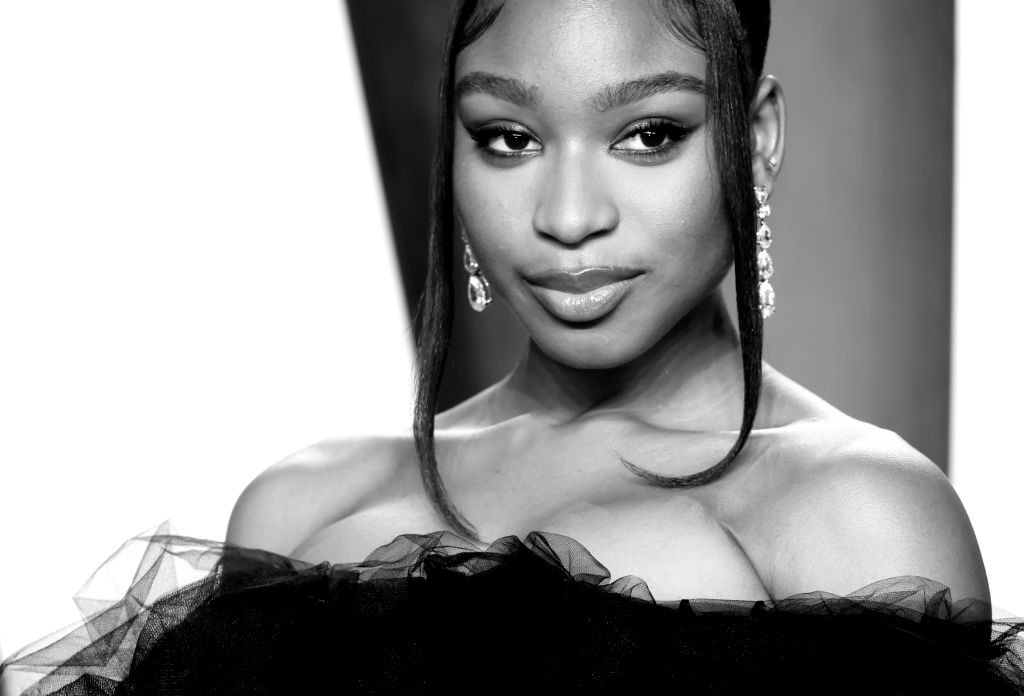 Chris Brown is gearing up to drop his next album, “BREEZY,” and his new single “WE (Warm Embrace)” features a new visual starring Normani, and she is receiving a lot of flack for being in it.

Chris Brown Can’t Escape His Past

Brown’s past accusations of being a colorist and his physical abuse of ex-love interests Rihanna and Karrueche continue to haunt him. At the same time, it’s also shining a spotlight on Black women who continue to work with him despite his well-documented issues.

Former Fifth Harmony member, now bubbling solo artist Normani is receiving a lot of criticism for her appearance in Brown’s latest video that features them performing a sensual dance number.

In a post sharing the clip from the video, Normani wrote, “Surreal moment

thank you @chrisbrownofficial for trusting me. one for the fucking books. WARM EMBRACE OUT NOW.”

While there were many throwing out “yaaaaaassss” reactions, there were definitely quite a few who we’re not feeling Normani and other Black female artists lining up to work with R&B’s bad boy.

“idk why the new rnb girls feel the need to collaborate with him. first ella mai, HER, chlöe, now normani,” one tweet read. “it’s disappointing. i can’t even say i get it bc he has repeated his behavior toward women, kicks darkskin women out of clubs he’s in and has made the same song since 2012.”

normani when she finds an opportunity to jeopardize her career pic.twitter.com/txJPd4XJjS

Some are standing by Brown and Normani. “For ppl who fussing Normani for that Chris Brown video. Even Rihanna supports his music. People make mistakes, they grow and move on. Y’all r just foools,” another tweet read.

Chris Brown will forever be one of those polarizing figures. While Rihanna may have forgiven him and Karrueche has moved on, some people will never forget and forgive him for what he did.

normani, chloe and halle constantly speaking about female empowerment then turning around working with and supporting abusers is really something

I forgot Chris is still working with Tory. Another reason why Normani working with him while being Megan’s friend is shitty. https://t.co/auo17jTjgZ

Chloe got a collab w him. Normani in his video. Lizzo said he’s one of her fav ppl. Rihanna been forgave him and plays his music. Meg was blasting No Guidance more than her own song lmao. One day yall will realize your favs dont share the same “morals” as u (fake morals that is)

me when i’m in a ruining my solo career in every possible manner competition and my opponent is normani pic.twitter.com/ywMQzuu0eS https://t.co/rwSzkwbt5I

Normani has actually pissed me off big time because why are you in that man's music video, why are you working with him, you're four years into your miserable solo career with no album out, releasing music at the pace of an Internet Explorer search result and instead you do this pic.twitter.com/l6ZGO1F06t

we were ALL rooting for you. I HAVE NEVER HAD TO YELL AT A GIRL LIKE THIS @Normani

nobody on normani’s team should have to tell her to not work with chris brown when we all had functioning brains when the abuse happened and he’s had a reputation since. it’s not about her being protected it’s about her supporting him. normani is grown and didn’t care, that’s it.

Normani is wrong for that but where is this energy for Jack Harlow, Nicki Minaj, Pia Mia, Jhene Aiko, Ella Mai, H.E.R., DaniLeigh and many others who have worked with Chris Brown? Many of you support them heavy yet I’ve never seen this energy for them..

If yall canceling Normani then yall better cancel Ela Mei, Zendaya, H.E R, Wiz Kid, Lil baby and all them, in fact as well as Rihanna since they've all worked with him, can't pick and choose who to hold more accountable

What the hell y’all doing?!