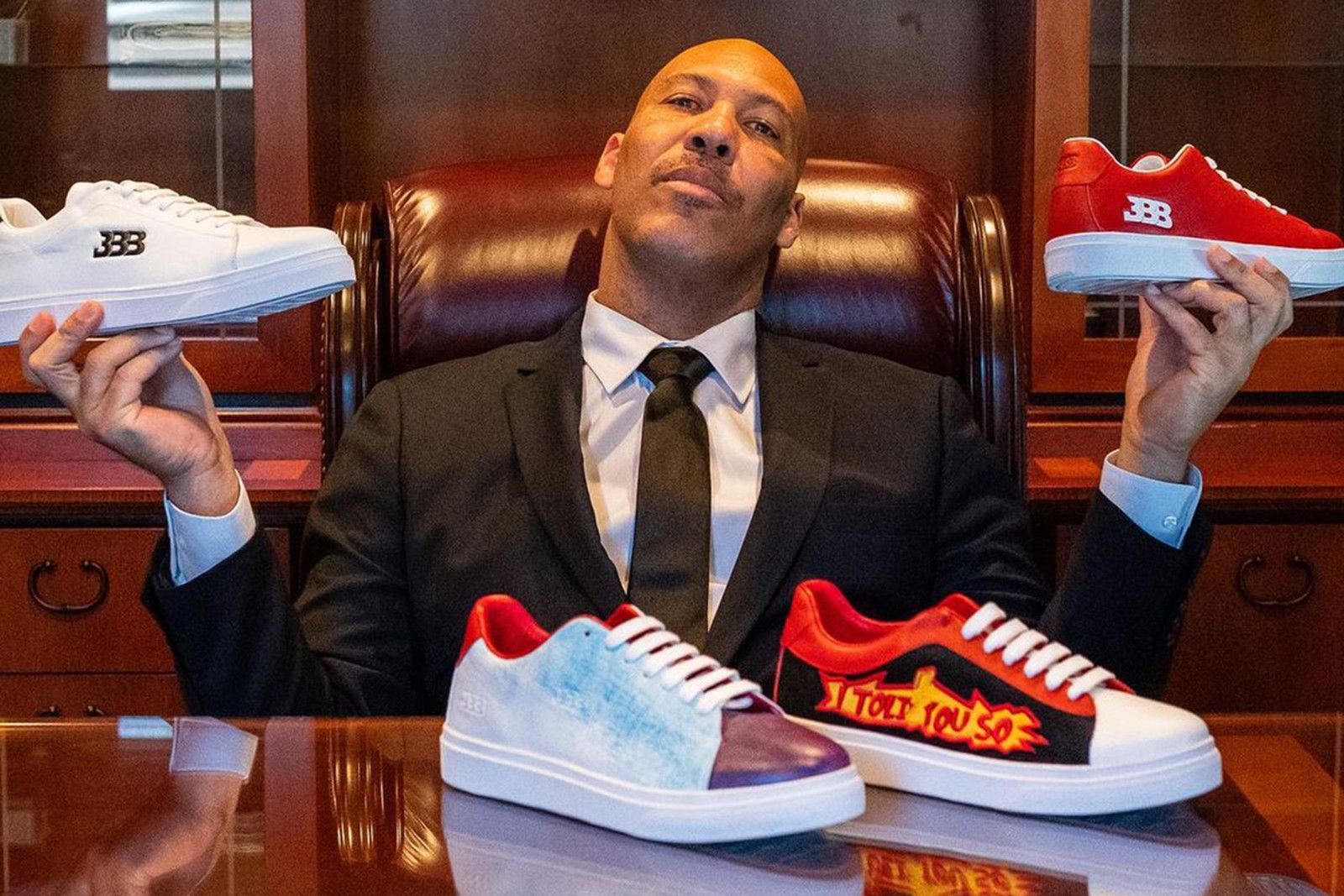 LaVar Ball and Big Baller Brand are officially back in the sneaker business.

LaMelo Ball made a splash Tuesday (Oct.12)  when the Charlotte Hornets second-year NBA player revealed his first signature with PUMA. His dad, LaVar Ball, figured why not join in on the fun and decided it would also be an excellent time to announce the return of the Big Baller Brand with the reveal of the brand’s “luxury lifestyle” sneakers.

The sneakers, which are blatant rip-offs of the Stan Smith or the now-popular Alexander McQueen high fashion sneaker your favorite Hip-Hop loves to wear, were designed by the last Ball standing that is repping the brand not named LaVar, LiAngelo. Besides the lazy design, what stands out is the sneaker’s outrageous $695 asking price.

When buying a “luxury sneaker,” high-price points are nothing new. Still, when your brand is notorious for making low-quality footwear, that is a reach to ask customers to pony over so much money. The first Lonzo Ball signature sneaker was so bad that Ball ditched wearing them while playing because they kept falling apart. So you can’t blame people for being skeptical when it comes to this latest endeavor. Lonzo is currently balling in the late Kobe Bryant’s signature Nike sneaker, basically saying he isn’t putting a pair of BBB sneakers on his feet again.

As you can imagine, the announcement of the “luxury lifestyle” sneakers sparked plenty of reactions, mostly jokes and negative.

Listen, we want to see BBB succeed. We’re all for Black-owned businesses flourishing, but the BBB is hustling backward. LiAngelo Ball is still not a big name despite being on the cusp of finally landing on an NBA team’s bench after signing a G-League contract, but he’s not someone who people care what sneakers he is wearing. Also, the kicks are straight-up ugly, and that “I told you so” writing on one of the silhouettes got them looking like clown shoes.

You can peep more reactions to BBB’s new “luxury lifestyle” sneakers in the gallery below.

Not the Diners, Drive-Ins and Dives 4’s pic.twitter.com/zjUUUtl2VN

Would love to see him win some more and have shoes be successful… but this ain’t it pic.twitter.com/9wxq5dc1Xz

We felt this one.

Lavar ball getting inspired by phat farm is hilarious

No way Lavar Ball is charging $900 for these lmao pic.twitter.com/pXh4k4PzWF

Those LaVar Ball shoes are giving my heels blisters just looking at them. https://t.co/PuLFHndf0d