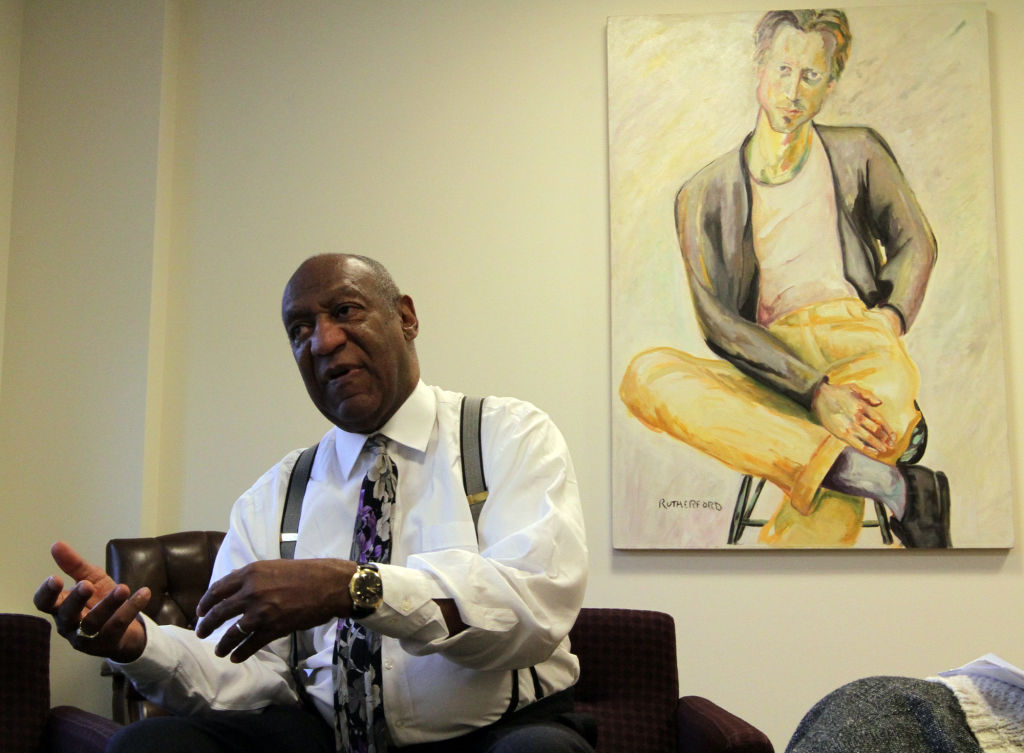 Early last month, we reported that Bill-with-the-puddin’-pill Cosby was being sued by 64-year-old Judy Huth, who accused Cosby of forcing her to perform a sex act at the Playboy Mansion in 1975 when she was 16. Cosby’s legal team denied the allegations, of course, but a Los Angeles County jury ruled in favor of the plaintiff and awarded her half a million of the disgraced comedian’s money.

The Associated Press reported that “jurors found that Cosby intentionally caused harmful sexual contact with Huth, that he reasonably believed she was under 18, and that his conduct was driven by unnatural or abnormal sexual interest in a minor.” And while Huth wasn’t granted any punitive damages to go along with the $500,000 she was granted, she said the money was never the point. The point was justice.

“It’s been torture,” Huth said of the legal battle that spanned seven years. “To be ripped apart, you know, thrown under the bus and backed over. This, to me, is such a big victory.”

Cosby didn’t give testimony or even attend the trial at all (we previously reported that a judge ruled Cosby could assert his Fifth Amendment rights against self-incrimination, meaning he was allowed to—as the great Andre 300 once put it—”duck in your little hole, coward, tuck your head”), but clips from a 2015 video deposition were played for the jurors. In that video, he denied having any sexual contact with Huth. And, of course, Cosby is still denying any wrongdoing through his publicist, attorneys and a spokesperson who said Cosby plans to appeal the verdict.

That spokesperson also claimed that, since Huth didn’t win punitive damages, Cosby and his team actually won the case.

I meeeean, if it cost you 500 racks plus legal fees to declare yourself a winner of a case you’re still threatening to appeal—did you really win? Obviously not.

Cosby’s attorneys even admitted their client, who was well into his ’30s at the time, “met Huth and her high school friend on a Southern California film set in April of 1975, then took them to the Playboy Mansion a few days later,” AP reported. (So, very immediate R-Kelly-before-there-ever-was-R-Kelly vibes—but nah, I’m sure he’s innocent.)

Huth testified that in a bedroom adjacent to a game room where the three had been hanging out, Cosby attempted to put his hand down her pants, then exposed himself and forced her to perform a sex act.

Huth filed her lawsuit in 2014, saying that her son turning 15 — the age she initially remembered being when she went to the mansion — and a wave of other women accusing Cosby of similar acts brought fresh trauma over what she had been through as a teenager.

Huth’s attorney Nathan Goldberg told the jury of nine women and three men during closing arguments Wednesday that “my client deserves to have Mr. Cosby held accountable for what he did.”

I mean, accountability would be Cosby serving the prison sentence he got out of a year ago, and maybe some time for his alleged crimes towards Huth. (I still have to use “allegedly” since he wasn’t convicted criminally. Yes, it’s annoying.)

But this is apparently the closest thing to justice in this case. At least it’s something, I guess.