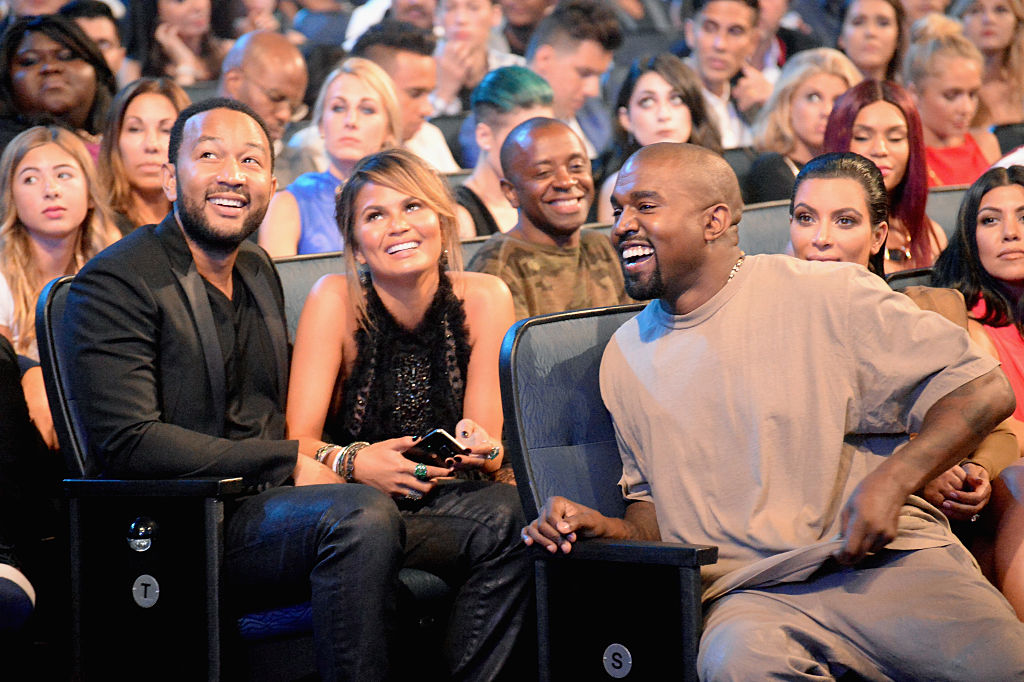 We all know John Legend and Kanye West’s friendship is no longer a thing. The r&b singer is shedding more light on why he and Ye won’t be hanging out again.

John Legend got real candid about his former friend Kanye West. Speaking on an episode of CNN’s The Axe Files podcast with David Axelrod, Legend revealed his friendship with Ye was doomed all because of West’s love for former President Donald Trump and his headass run for the White House.

Legend told Axelrod he and West weren’t “friends as much as we used to be” because “we publicly disagreed on his running for office and supporting Trump.”

The artist, formerly known as Kanye West, didn’t keep his love for Donald Trump a secret. The rapper proudly wore the new Klan hood, a MAGA cap that he described as his “Superman cape.” The Chicago native stopped by the White House and famously dapped up his homeboy, the bigot-in-chief, Donald Trump.

In 2020, Kanye West stepped in it and launched a ridiculous campaign for the presidency under the “birthday party,” we wish we were making this up.

On the other hand, the “Ordinary People” singer has been a vocal critic of Donald Trump during his tumultuous four years in the White House, admits West’s support for Trump “became too much for us to sustain our friendship, honestly.”

“He was upset that I didn’t support his run for the presidency of the United States of America — for understandable reasons,” Legend continued.

We think Legend should have cut West off immediately following the infamous “slavery was a choice” comment.

But, at least Legend, unlike many other Hip-Hop artists, is holding Kanye West accountable for his words and actions.

He also called out other rappers who openly supported Donald Trump, so he gets our complete respect for that.