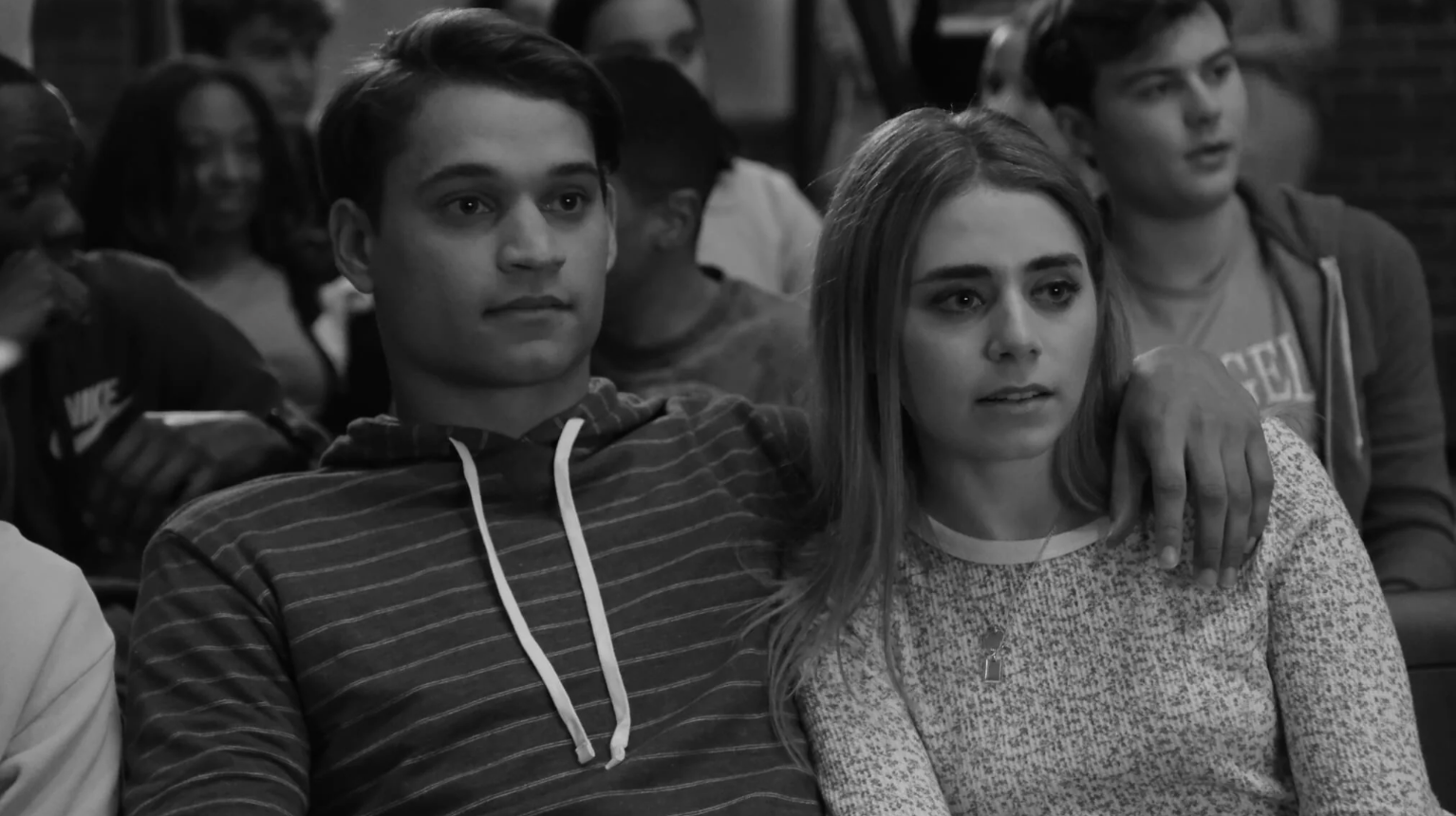 Atlanta sticks with its theme of airing episodes that don’t feature the show’s four main characters. Season three’s ninth episode, “Rich Wigga, Poor Wigga,”  brilliantly tackles what it means to be Black and how Blackness is judged.

The episode, which immediately gives off Twilight Zone due to its black and white vibes, follows Aaron (Tyriq Wethers), a biracial teenager who, at first, you wouldn’t think it has an ounce of melanin in him based on his reaction to Black kids he is playing video games with online. It also hits you like a punch to the gut when we meet Aaron’s Black father, who is trying to raise a young teen, clearly influenced by his white friends with Black parental skills.

Aaron’s struggle with his Blackness takes centerstage at school when he sees his white friends celebrating getting in college. During an earlier conversation with his father, Aaron has to swallow a bitter pill when his dad shuts down the idea of taking out a school loan to get into the same college his white girlfriend is attending. He receives a glimmer of hope when a wealthy businessman named Robert S. Lee, hilariously and brilliantly played by the late problematic “guru” Kevin Samuels, announces he will pay the tuition of students… who are Black. Aaron’s despair is evident because he knows that his “blackness” is not apparent. 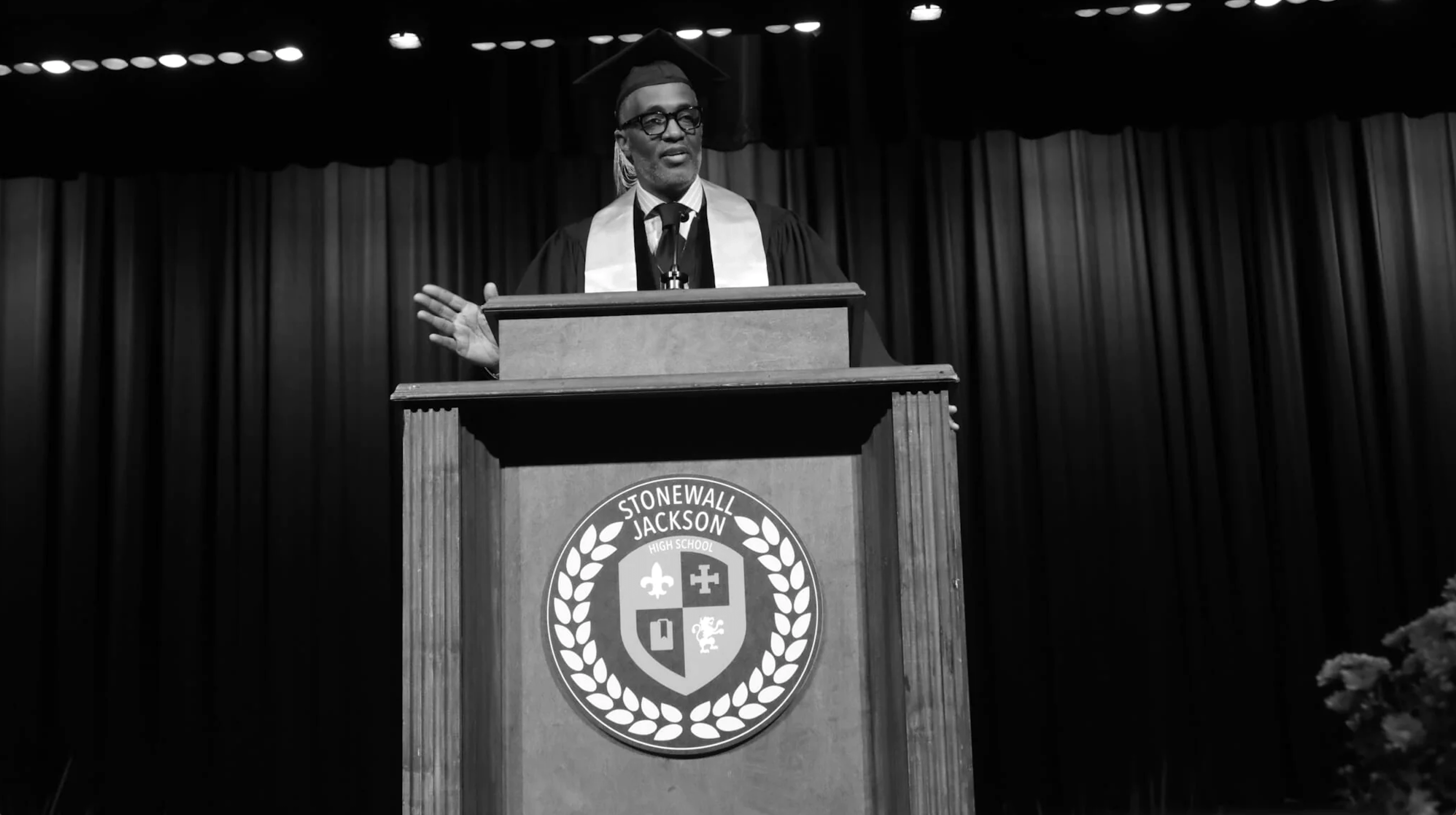 Regardless, he attempts to get his hands on that free money and stands before a tribunal featuring Lee and two other gentlemen who ask him a series of questions to see how Black he truly is. One of the questions, and we kid you not, was to name things that mix with Hennessy? Of course, poor flubbed it while floating out some interesting mixer ideas before the tribunal concluded his “high yella” self was not Black enough to qualify for the money.

Pushed over the edge, Aaron’s whiteness kicks in. He decides to burn the school down using a flamethrower he builds at home. Hilariously, he is met on the school grounds by another Black kid who has the same intentions. This sticks out because “burning sh*t down” or “blowing sh*t up” is always the one threat an angry Black person who feels they have been wronged will use. 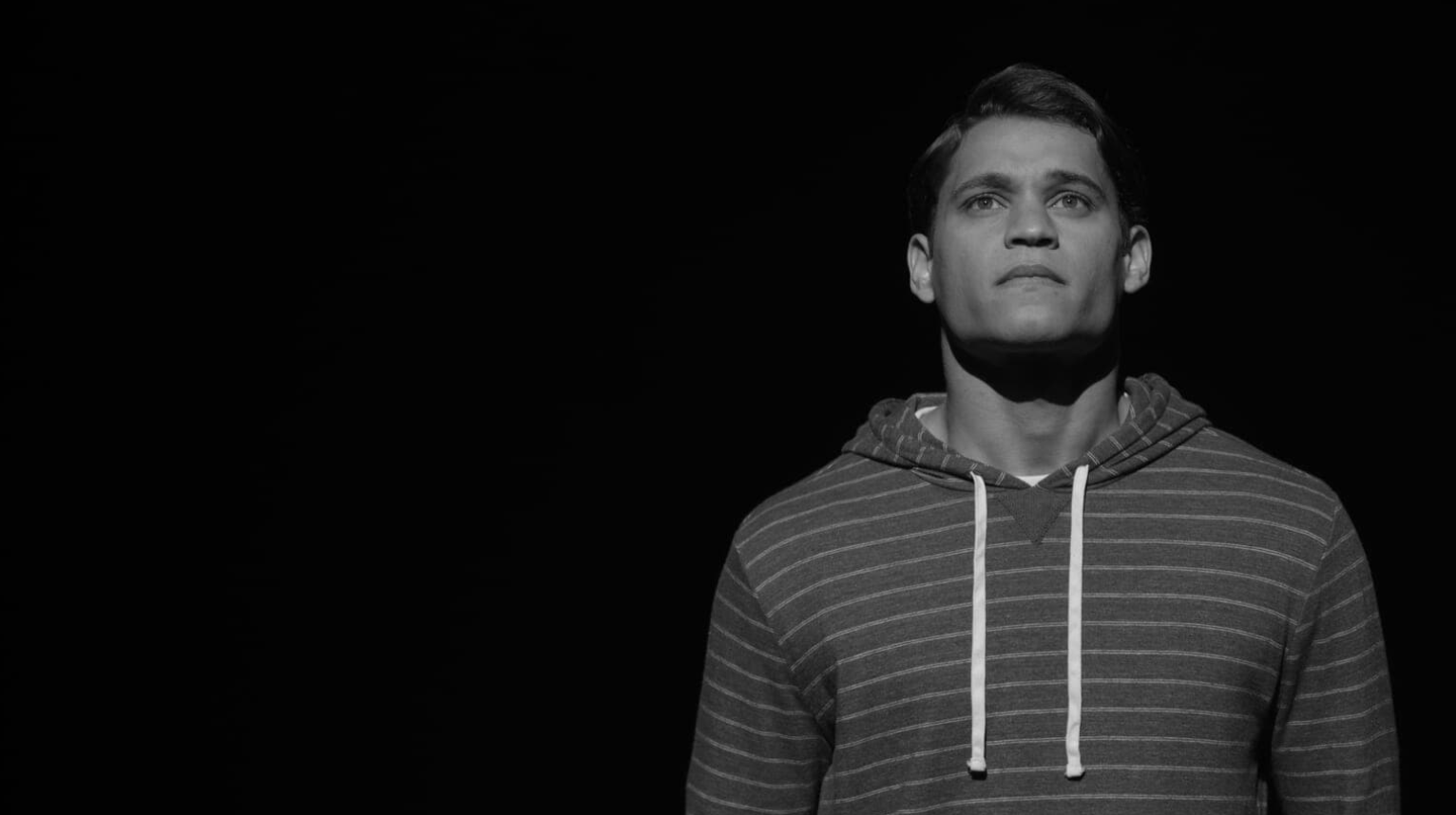 The Black teen chases Aaron around the school, trying to incinerate him before a cop guns him down, but the Black teen survives. Samuel’s Lee shows up to see what’s going on at his newly purchased school and forgives he Black and blesses the kid with the money Aaron so desperately wanted. On the other hand, Aaron gets in a ride in the back of a squad car and a trip to jail as his reward, where he fully embraces his Blackness.

When we catch up with Aaron, he is now sporting a fade, earrings, and new swag, totally embracing his Black side. His white ex-girlfriend shows up, and he tells her he’s never been more attracted to her, basically playing on Black men’s attraction to white women.

The power of the fade

. Aaron switched it up

We can only begin to imagine what the season finale will have in store for us. You can peep more reactions to the episode in the gallery below.

Nah Kevin Samuels being on here a week after he died is eerie as fuck. #AtlantaFX

I feel like not enough people are talking about how out of control this season of #AtlantaFX is. This shit is WILD. lol

aaron turn into a savage ..if you listen closely you can hear future playing #AtlantaFX pic.twitter.com/1PbD1OsIGD

i am INCONSOLABLE!! everybody wanna be Black now, huh??

Kevin Samuels displayed black privilege to the black student and showed grace to him, while pressing charges against the white student both doing the same crime. What White people display every day in this justice system for their own. #AtlantaFX pic.twitter.com/XdG78cKqEA