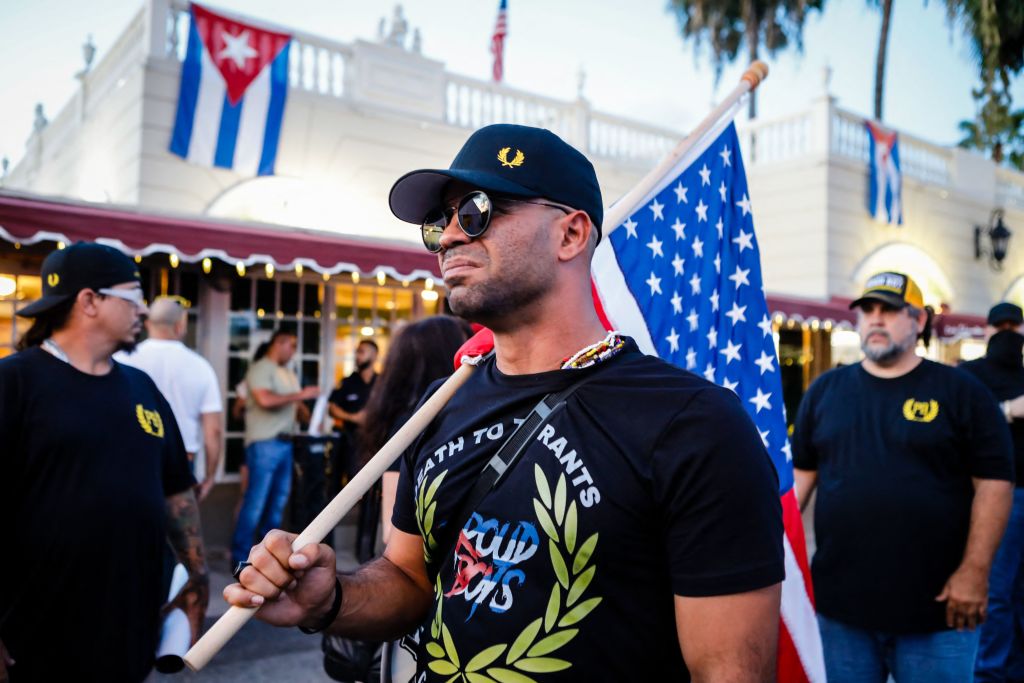 According to prosecutors, the Proud Boys leader stole a “Black Lives Matter” banner from the Asbury United Methodist Church on December 12th and decided to set it on fire. This all went down immediately following the saltine-fueled insurrection at the nation’s capital that saw mobs of angry white Trump supporters storm the Capitol Building in an attempt to overturn the results of the 2020 Presidential Election that President Joe Biden clearly won.

“In the days that followed, Tarrio admitted to burning the banner on social media and in comments to numerous media outlets,” prosecutors further explained. “Tarrio returned to the District of Columbia from Florida on Jan. 4, 2021, and he was arrested on a warrant charging him with the Dec. 12, 2020, destruction of property offense. In a search of his bookbag, conducted at the time of his arrest, police recovered two high-capacity firearm magazines. Each magazine bears the insignia of the ‘Proud Boys.'”

Proud Boys are marching through DC taking down some of the Black Lives Matter banners hanging up #DC #MarchForTrump #ProudBoys #Antifa #BLM pic.twitter.com/PFWiBsfnVA

Basically, a slap on the wrist.