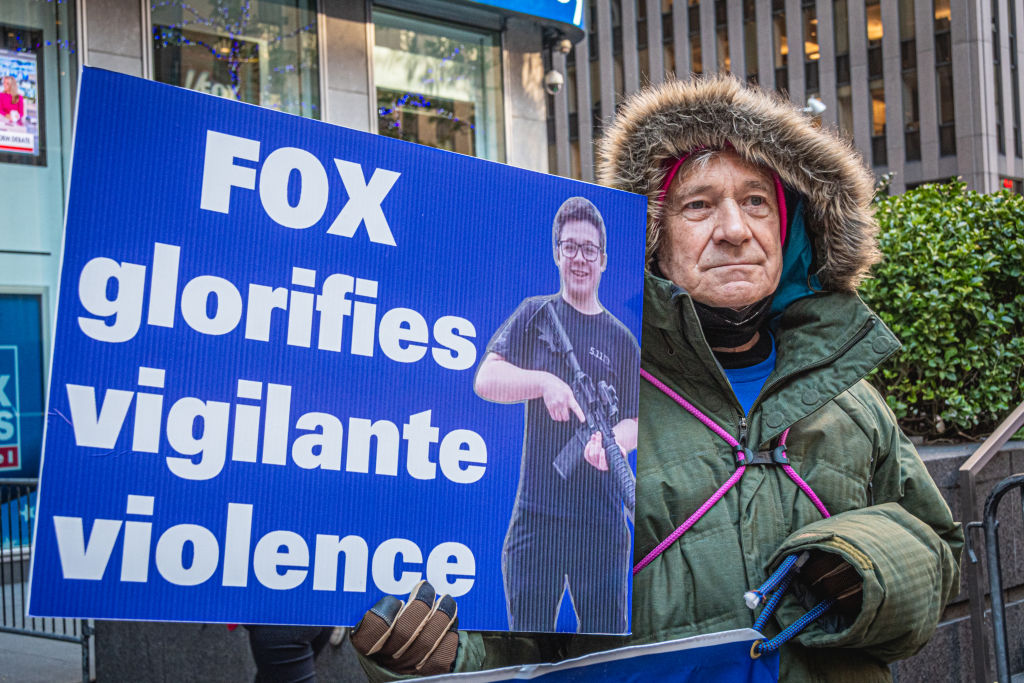 The acquittal of Kyle Rittenhouse last week for his role in the shooting deaths of two men during a protest in Kenosha, Wisconsin has left many with a bad taste in their mouths, exacerbated by his recent assertion that he’s not a white supremacist and even supports Black Lives Matter. However, one prominent member of the activist group calls that support “B.S.”

In an interview with TMZ, Black Lives Matter Los Angeles’s co-founder and chairwoman Melina Abdullah refuses to take Rittenhouse’s claims of support seriously. “They want to make him the young hero of white supremacy without him appearing to be a white supremacist”, she says in the video. The Cal State-LA professor previously touched on that point via social media. She supported her statement by references photos that have been circulating online of Rittenhouse making “white power” gestures.

Abdullah points to one picture, in particular, that shows Rittenhouse posing for a photo with someone in a bar last year, flashing the OK sign which is now seen as a blatant white supremacist signal. Rittenhouse has gone on to deny that was his intent in making that gesture. “He’s declaring this support for Black Lives Matter and at the same time, we see on his social media photos of him throwing up these white supremacist signs and we all know what that is.”

Rittenhouse has been getting comfortable with figures from the right-wing media, most notably sitting down for an interview with the notorious Fox News pundit Tucker Carlson shortly after his acquittal which was where he made his claims of being supportive of Black Lives Matter. Abdullah did leave room for those who want to be true allies to be welcomed – provided they commit to the work of dismantling their own white privileged leanings themselves. “Of course, we encourage everybody in the world to educate themselves. But I don’t have time or energy to expend to convince folks that to claim the side of white supremacy to come over here.” she continued.